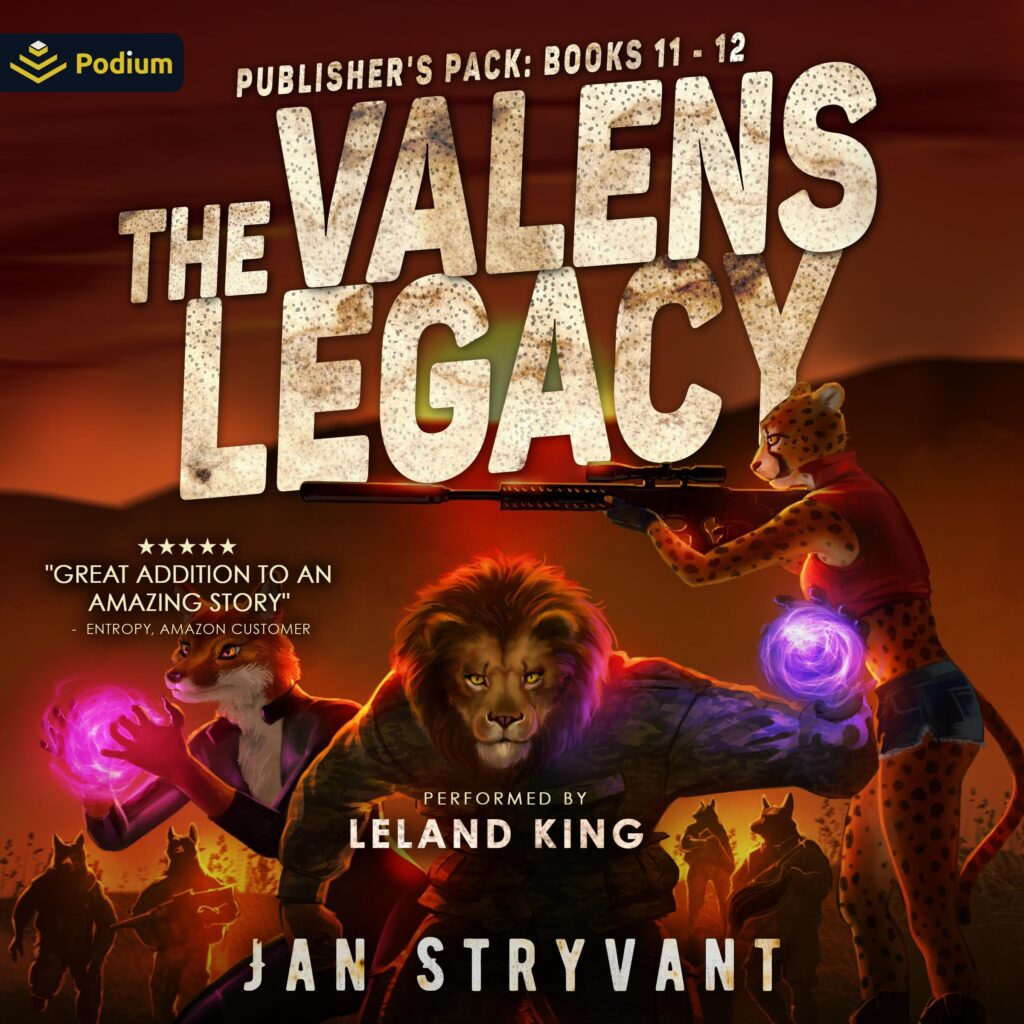 Contains books 11 and 12 of The Valens Legacy.
Red Skies, book 11:
With the president on his side and the failure of the Vestibulum’s last-ditch attempt to stop him, it seems that Sean’s goal is almost complete. Until, that is, the First moves up Sean’s timetable to deal with Canada and Mexico. Also it seems that a group in Congress is starting to push back against the president’s executive order, but no one really seems to know why. Or even who’s behind it.
Canada proves to be full of unexpected surprises, but when events start heating up in Washington, DC, Sean is forced to switch gears and reassess his priorities. Things are not always what they seem, of course, and things that didn’t make sense before start to take on an ominous meaning as Sean begins to learn about the real enemy that he is facing. And he’ll be facing them much sooner than anyone suspected.
Demon Days, book 12:
The war has finally begun, and the duty of fighting it has fallen to Sean. Now if only he could convince the rest of the world that there really is a war on and it isn’t just another "art installation" at Burning Man. Maybe then he could get some help. Fronting the costs of a war isn’t cheap, and while Sean may be making money hand over fist, he’s spending it twice as fast. If he doesn’t get help soon, the lack of money, food, and supplies will kill him faster than any demon.
Then there’s the demons themselves. What comes out of the gates at times seems almost as random as the gates themselves. Some of the groups are obviously coordinated and very well trained, making Sean’s job of stopping them a hard one. As the gates are getting larger with time until the main one opens, Sean will find his resources and his people being stretched farther and thinner as the immortal demon lords bring their massive armies to bear. Because humans are food to the demons and the larder is now very full, and they don’t intend to leave this time until they’ve eaten every last one.
Warning: The Valens Legacy: Publisher’s Pack 6 contains explicit sexuality, nudity, violence, polyamory, mayhem, and people who aim to misbehave.