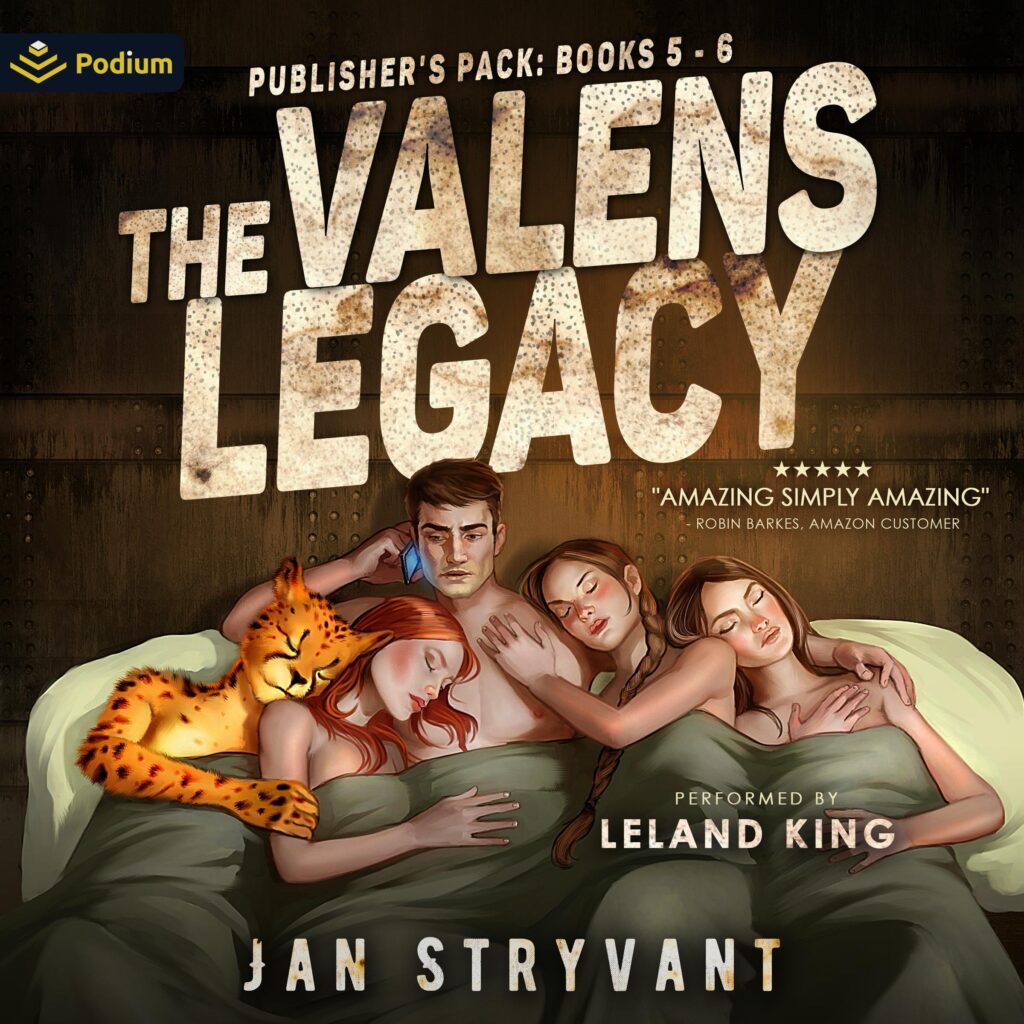 Contains books 5 and 6 of The Valens Legacy.
When It Falls, book 5:
After their success against the Ascendants is used by the Vestibulum as a cover for the mass murder of their old enemies, Sean has discovered that the Vestis are far more ruthless and dangerous than the previous two councils he’s fought. After 200 years of holding on to the leadership position among all of the councils, obviously the Vestibulum isn’t going to give up anything to anyone.
While Sean promised not to start a war, it’s looking more and more like that choice isn’t going to be his to make. Especially when the other Ascendant chapters come calling to avenge their dead.
Then there are the people that Sean saved from the Ascendants during the raid, all of whom he’s responsible for, and for whom he now has to provide with a place to live as well as protections from the magic of their former masters. Then there are the four dark elves that were freed during the raid, two of whom are now very interested in Sean, and one isn’t at all afraid to let him know, constantly.
And just how do you go about introducing your mother to your (several) wives when she shows up in a few days?
Stand on It, book 6:
Once again, Sean’s home has been attacked by one of the Councils, only this time they’ve committed what they hoped would be an overwhelming force. While Sean and his family win the fight, Sean has been seriously wounded and taken out of action. For Roxy and the others, saving Sean’s life has become the priority, but there are still things that must be done to secure their victory. Those tasks fall to Sean’s other wives as they pick up where Sean left off.
While the Vestibulum may have lost this last battle, they are be no means giving up on the war. They know that they’ve hurt Sean, so their leaders are hoping that without his leadership, they can launch a new attack and kill him before he has the chance to recover. Word of Sean’s difficulties has also spread to some of his other enemies, who are also keen to try and capitalize on these events.
Thankfully, Sean has allies, and they are moving to try and save his life. But can they get there in time?
Warning: The Valens Legacy: Publisher’s Pack 3 contains bad language, rabbits fornicating, attempted murder, actual murder, tantric magic, polyamory, mayhem, people who aim to misbehave, gratuitous sex and violence, an opportunistic goblin, an old man who gets broken out of an old folks home in order to cheat at roulette, and a group of guys who are willing to do whatever it takes to prove to their girlfriends that they really do love them, no matter how embarrassing it is (and trust me, it’s embarrassing).