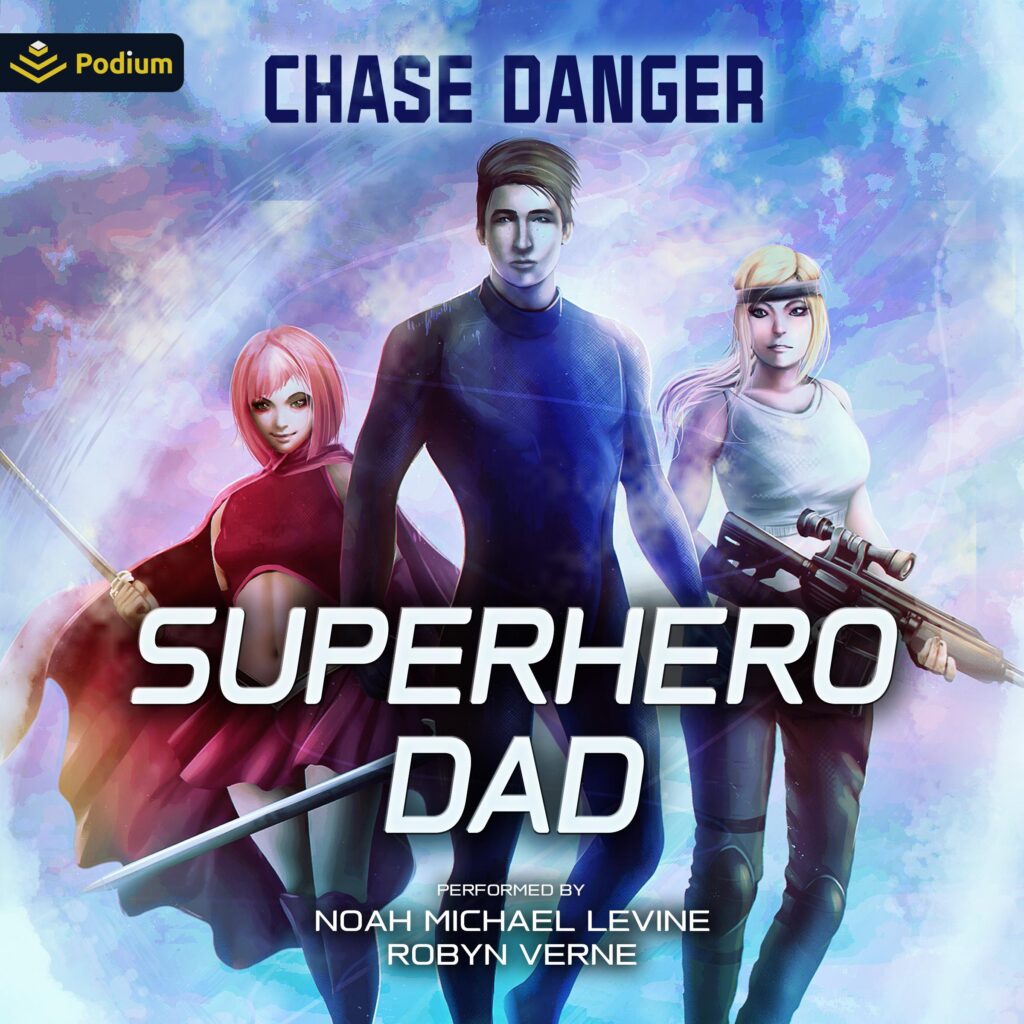 I became a superhero to protect my son. Now the whole world needs me.
Being a single dad is hard for anyone, but I managed to make it work. I always knew my six-year-old son, Jake, was a special little guy, but even I had no idea how special he really was or the potential that both of us had for greatness. When masked men assaulted my home to kidnap him, the powers I never knew I possessed manifested themselves.
Now, I must rely on the two women who love my son the most; Cadey, his bubbly, pink-haired babysitter, and Alexis, his busty, blonde kindergarten teacher. Together, we’ll learn the source of our powers, level up to unlock new abilities, and take the fight to the enemy conspirators. Only with their destruction can my family truly be safe!
This story contains riveting superhero action, both on the battlefield and in the bedroom, and includes scenes of a superhero being intimate with multiple superheroines at the same time.

Chase Danger is a lifelong reader of science fiction and a lifelong lover of beautiful women. After a brief, decade-long stint in the United States Army, he returned home and started a family with the most kick-ass heroine in the world. Now, he’s a stay-at-home Dad, watching two adorable autistic children while occasionally taking time to sneak down to the basement and writing.