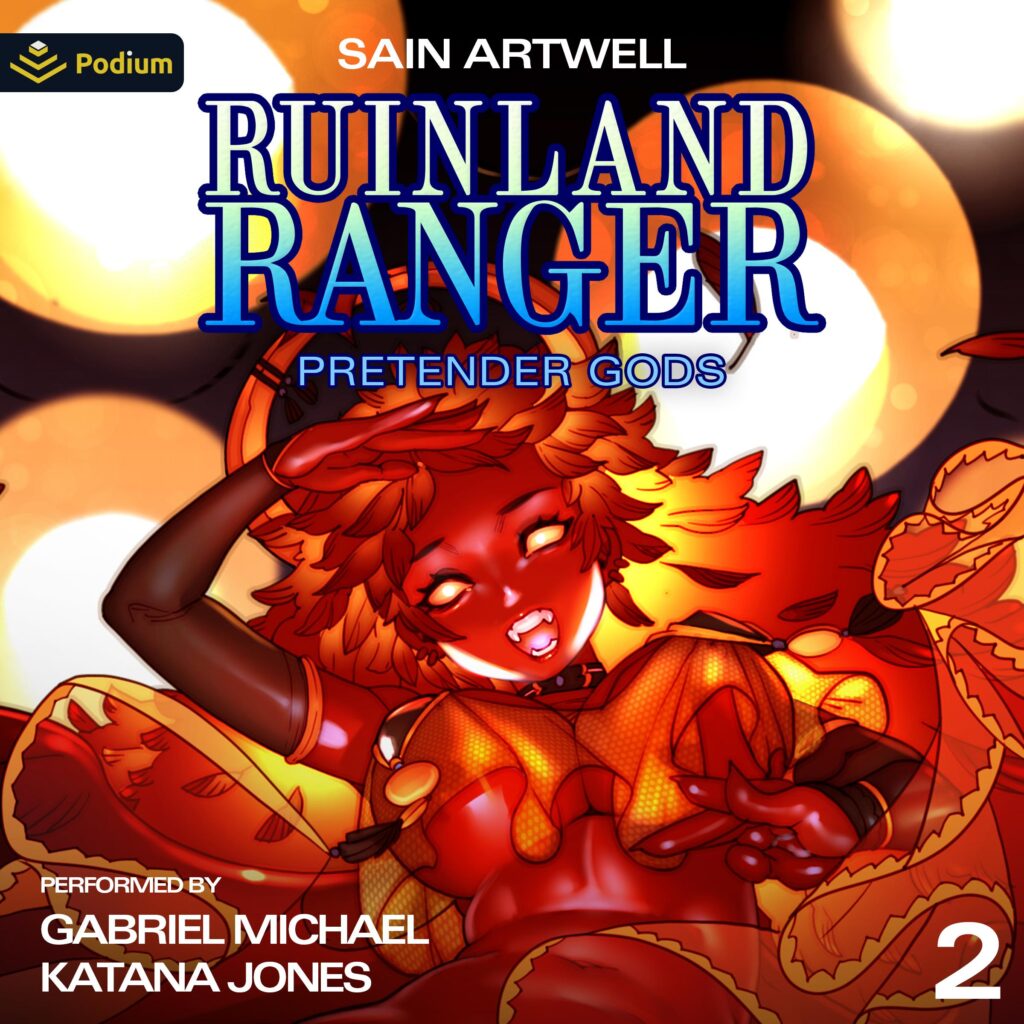 New powers, new enemies, and new monster girl lovers.
William’s connection with the mysterious dungeon beneath the Frontier deepens, Ember’s experiments could be the key to reverse the Curse of the Frontier, and Rulu is looking for a new hobby to give her life meaning.
Red Angel’s return throws William’s plans into disarray and stirs trouble deep inside the Framework. William needs to move fast to secure allies or he could lose the Framework, but great forces move to oppose him. An immortal mummy tornado, anti-undead, a haunted wizard Hollywood, bone-tribes, sorcerer-assassins, dream-demons, and ancient powers stand on William’s path.
William needs power more than ever, but shortcuts could cost him his divinity. Luckily, he’s joined by an ancient angel made of adamantite, an experienced elven ranger, and a fierce warrior of a monstrous tribe. Together with his growing harem, William changes the future of the Frontier and realms beyond it.
Ruinland Ranger contains explicit engagements between a monster girl harem and the main character.