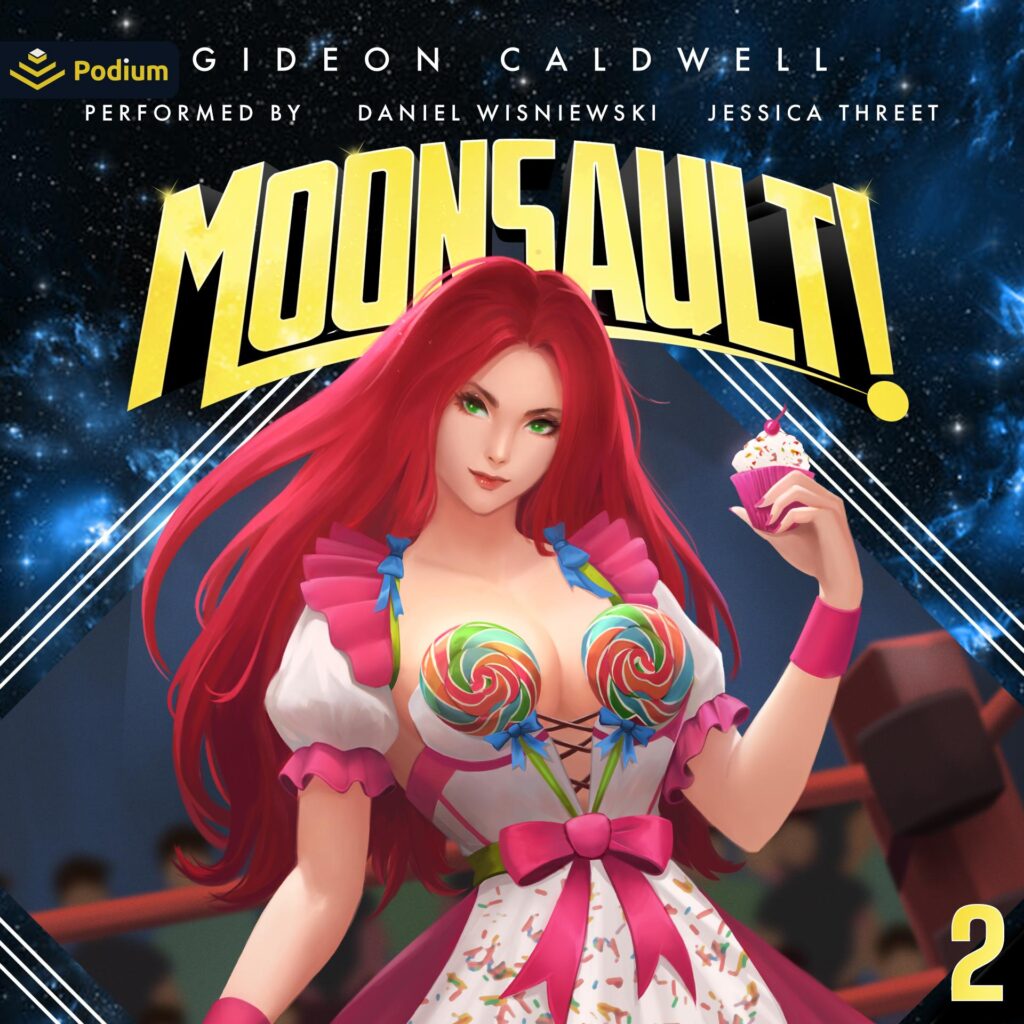 More bounty hunting escapades and epic wrestling matches!
"Seth the Destroyer" is more than just his stage name; it’s how he approaches his bounties too! And with death and chaos around every corner, Seth and the Moonsault Professional Wrestling league are going to need every skill they can bring to bear when the hunters become the hunted.
Can Seth overcome his impulsive nature to be the leader the MPW needs, or is the super-powered wrestler in too deep?
Moonsault 2!, by best-selling harem author Gideon Caldwell, skillfully mixes _X-Men _and Men in Black with WWE then smashes it over the head with a steel chair through a healthy dose of humor, action, and adult themes.

Daniel Wisniewski is an award winning voice and stage actor currently based in New York City. He has produced over 150 audiobooks, was awarded two Readers' Favorite Awards in 2022 for his work in Christopher Hopper's _Infinita Awaits_ (Bronze Medal) and Shane Boulware's _Soulstealer_ (Finalist Medal), and is a multi-time Audible Best Seller for his work on Dave Willmarth’s _Battleborne _(Peak Position #29)_ _and James Haddock’s _Wizard’s Alley _(Peak Position #40)_ _& _Stonecutter's Shadow _(Peak Position #5). In addition, he is also an accomplished stage actor, with recent credits including _Romeo & Bernadette_ (Off-Broadway, New York Times Critics Pick), _The Imbible: Day Drinking_ (Off-Broadway), _Men with Money_ (World Premiere, Suzi Bass Award nominee for Best Supporting Actor in a Musical), and as Rhett Butler in Gerard Presgurvic’s musical adaptation of_ Gone with the Wind_ (First International Tour, English Premiere). He is currently working with Podium Audio as an official AudioCollaborator, alongside a plethora of other fantastic indie publishers such as Mountaindale Press, Aethon Books, Blackstone Publishing, and Royal Guard Publishing.