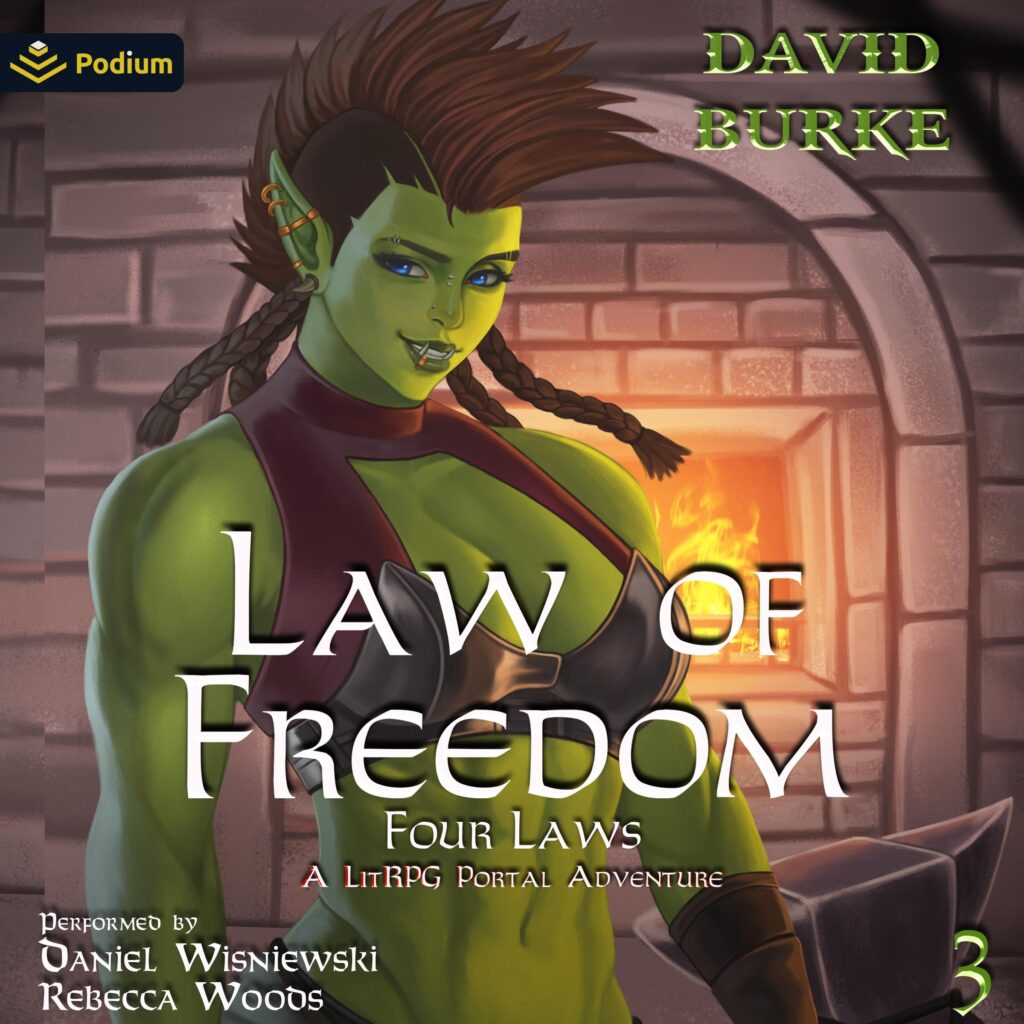 Little by little Rob has been gaining the strength he needs to protect not only himself, but the family and town he is coming to love.

One threat has been removed but a new criminal element has moved into town. This one seems more organized and has Rob scrambling to decipher their plans. Worse: they seem to know things about Rob that even he doesn’t.

This time freedom is on the line as these new criminals are more interested in convincing Rob to join them than in killing him.

But Rob isn’t the only one struggling with freedom. Mursha the beautiful orc would rather be a blacksmith or a warrior than the domestic path set out by her father.

The investigations are open but Rob won’t let the trail grow cold as he tracks down the answers they need.

David Burke is a mild mannered something who tries to enjoy each day a bit more than the last. It dawned upon him at some point that life was racing him by and he wasn’t nearly as young as he used to be. So now he spends his nights and lunch hours and any other free time he can putting down on paper all the stories that have collected up over a life time.

_Fascinated by psychology from a young age, Rebecca took her passion for exploring the human mind and turned toward the world of acting. Years of vocal coaching, varying degrees in everything from screenwriting to design to theatre arts, have instilled the tools to craft fully dimensional stories, as well as insight into the human condition that informs each choice she makes. Growing up a musician, she has an ear for dialects and a passion for bringing characters to life with emotional complexity. This has been demonstrated across her varied career on stage, on film, and in over 100 audiobooks in the last few years alone. _