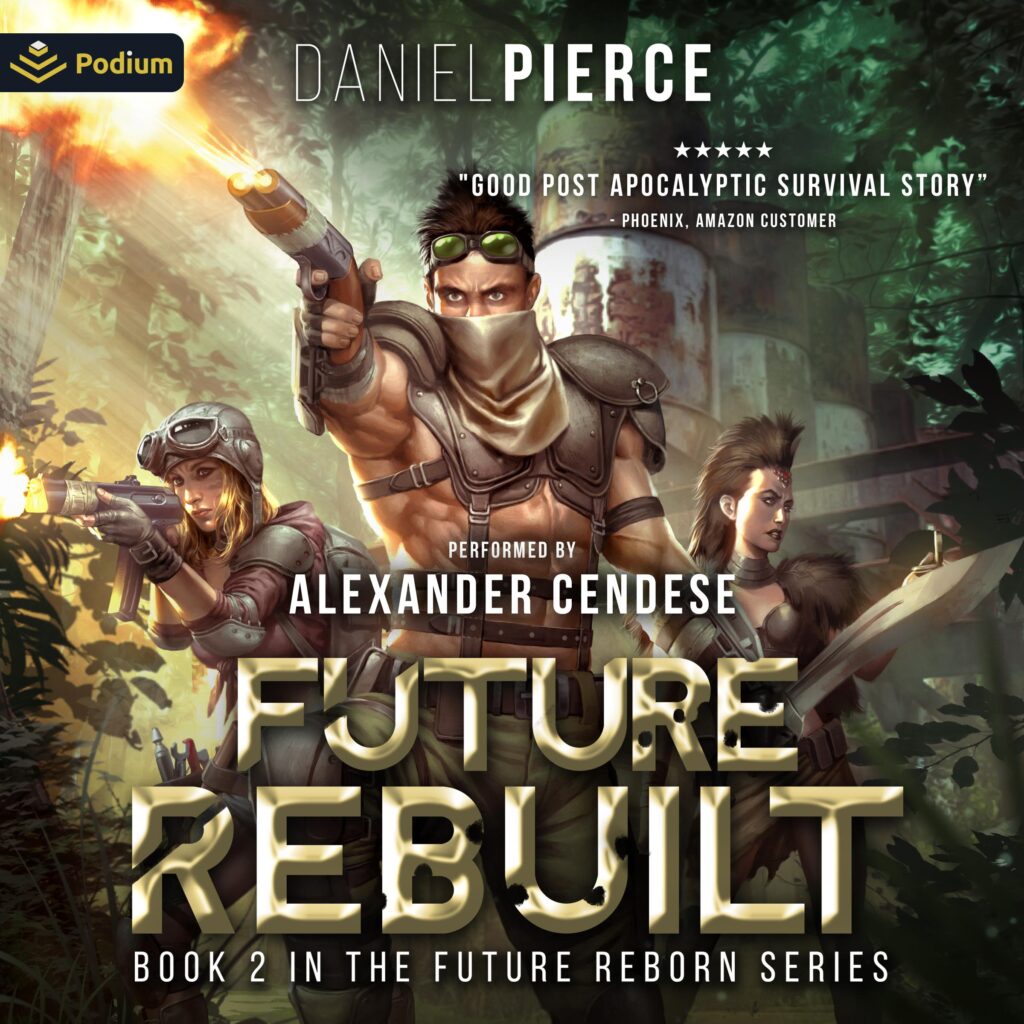 The future must be rebuilt.
Victorious over an evil warlord, Jack Bowman will keep collecting women and weapons as he builds the first free city in a broken world.
The Free Oasis is growing, but not without drawing the attention of raiders who want the future for themselves. With three women and plenty of guns, Jack will find a secret facility where nuclear power waits for whoever is strong enough to take it.
The future is under attack, and Jack Bowman is the only man who can save it.
He must endure. He must succeed. He must rebuild.
Warning: This story contains adult situations, coarse language, and other fun things. Listen at your own risk.

Alexander Cendese is an actor and narrator. He has narrated over 500 titles available on Audible. He is a graduate of the Carnegie Mellon School of Drama.