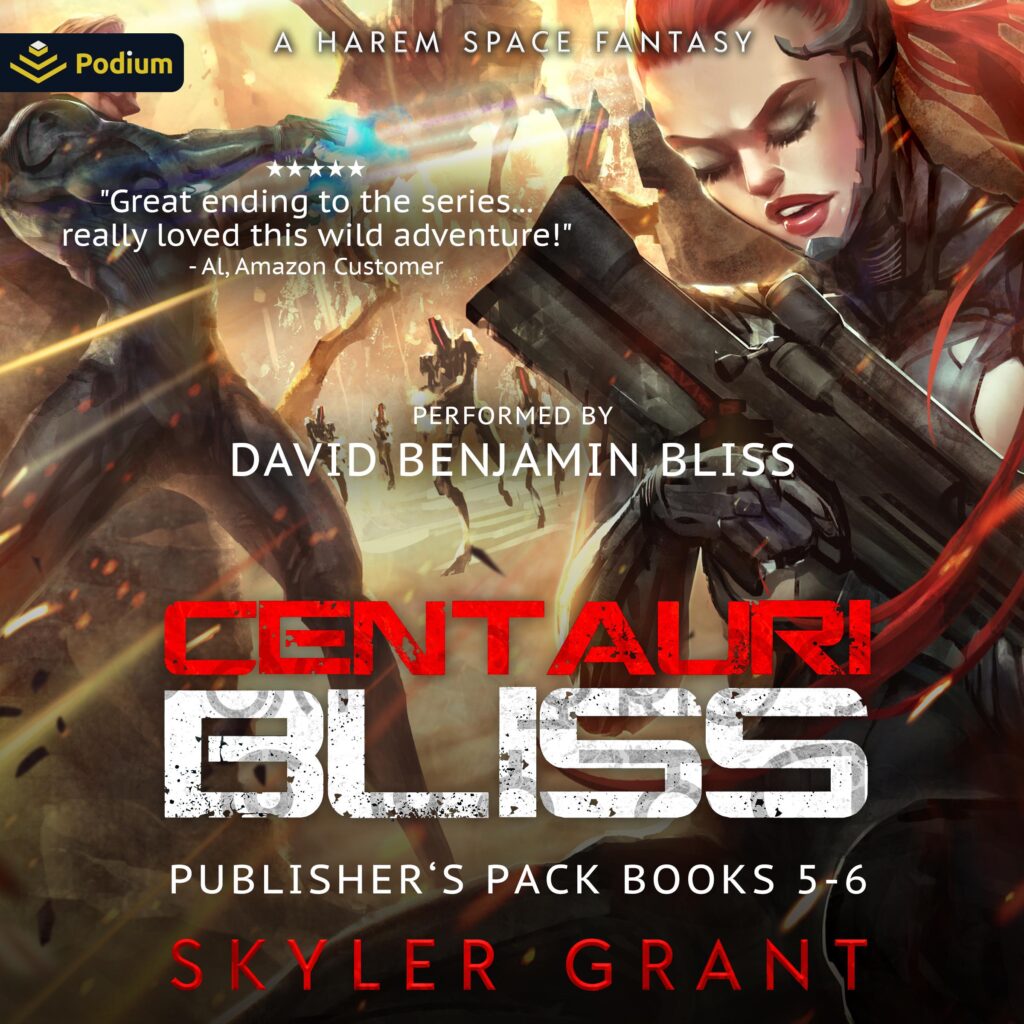 Contains books five and six of the Centauri Bliss series.
Centauri Storm, book five:
For the first time since the death of the Emperor the Imperium has new leadership and new strength while the clans are on the move. The Centauri Bliss seeks out new technology, new power, new worlds to add to the clan of thieves to prepare themselves for what is to come.
Centauri Pax, book six:
The Imperium is pursuing terrifying experiments even as the Clans close in on Imperius. The crew and family aboard the Centauri Bliss has grown and is made up of those on both sides of the conflict, and have developed worlds of their own in need of protecting. With plans to finally withdraw themselves from the conflict, they have one last chance to try to set things right.