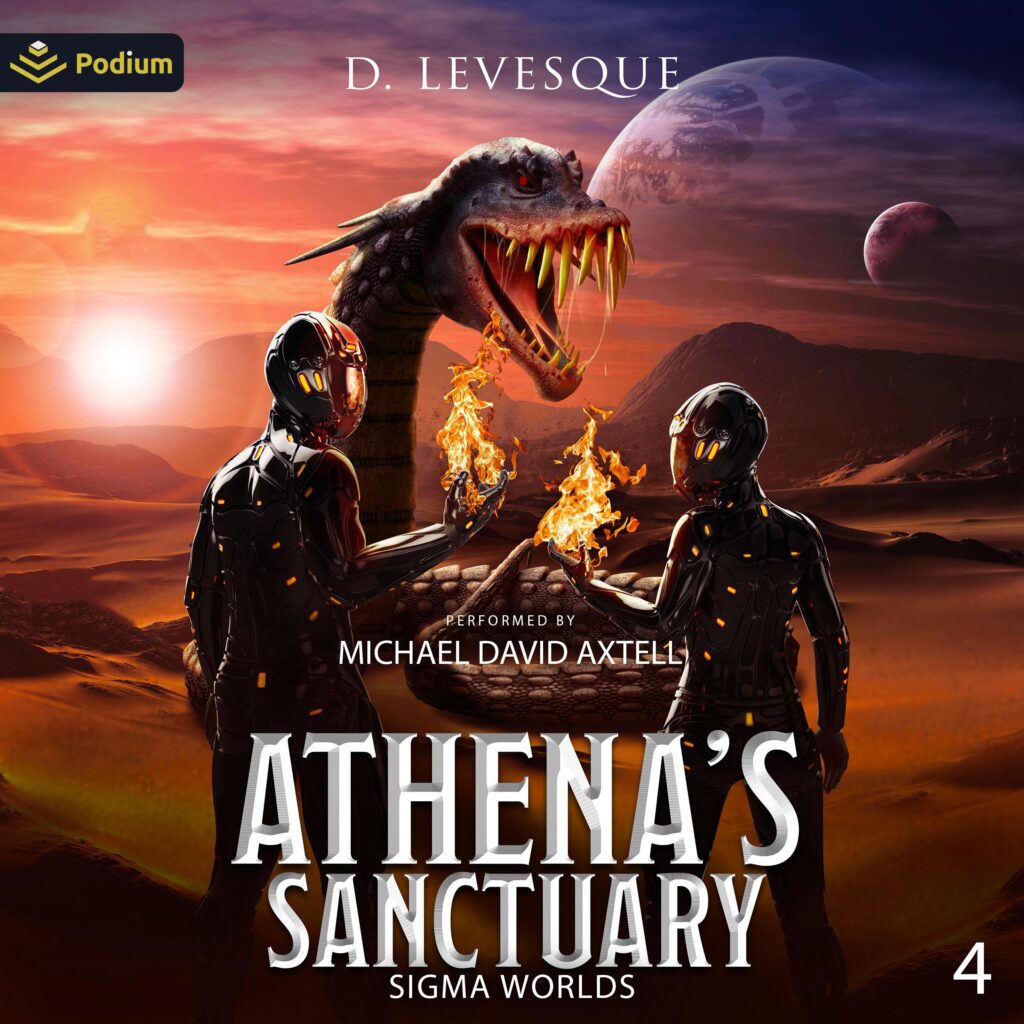 Jason has been able to return the Elves of Earth to their brethren on Destiny, and in the process, found out about a battleship on one of Destiny’s moons.
He wants that ship, but at what cost? But Jason is about to find out that Athena is much more than just a ship. Journey across the Realms as Jason and his friends try to prepare for the battle that is to come. Can he protect both himself and those he feels he needs to protect?
Contains harem themes, adult language, and some monster girls.
Includes "Mira’s First Christmas", a bonus story from Sigma Worlds.

I am an older-than-dirt gamer. I started gaming with old school BBS’ were a thing, playing Pit Fighter and Trade Wars. I remember buying my first PC when I was 14 years old; it was a RadioShack Tandy PC. Paid a ton for it, and it had no hard drive. I had to shell out more money for a big arse 40 meg HD. Eventually, I moved up into running my own two-line BBS. When the internet became available, I was on the early (well, not THAT early) bandwagon. My venture into online games started with Ultima Online. Then I got into the beta for Everquest. THAT was my addiction. I eventually convinced my partner, at the time, to try the game since it seemed to be “taking you away from me almost every evening.” And that is how my now wife became a gamer girl. We raided for years, made some fantastic friends, who we still talk to on Facebook. Then came Everquest 2. Yet more addiction. I had tried WoW, many times. While the game was good, I just never got into it. Sorry WoW Players. Since then, I have played so many games that have come out, from online games to stand-alone ones. I have so many titles on Steam that one would think I would not run out of stuff to play, right? Yeah… If you look at my most played games in Steam, it would have to be in order, Elder Scrolls Online (over 900 hours), Ark Survival Evolved (over 500 hours) and Everquest 2 on Steam. But that doesn’t take into account before I had it on Steam, so add another 2000 hours to that! My love and passion for reading started at a young age. The first book I read for the sheer pleasure of it as a child was Lord Of the Rings at the age of 12. From then on, it was an expensive habit. I have been reading Science Fiction and Fantasy since then. I am also a fan of Anime and Manga. Yeah, I know. How much more geek can I add to this? Oh, oh, you just wait. I was more into ichii and harem there. But also more fantasy-based ones. I never did watch Yu-Gi-Oh or such. I did love comedy ones. Years ago, I remember introducing my older kids to Ranma ½. Yeah, I wasn’t a good dad. Lol. About three years ago, I was introduced to LitRPG and GameLit, and well, HaremLit. And I have not gone back. I have bought and read so many books on Kindle, I won’t mention the numbers. I had always wanted to write a book from a pretty young age, since I had lots of imagination and ideas. But I was always under the impression you needed a large publisher. Then, I was introduced to an author who was self-published on Amazon. Well, after reading a hundred or more books, I decided to put my thoughts to paper, as it were, and this started my new career as an author.