A Tangle of Threads | Podium Audio

A Tangle of Threads 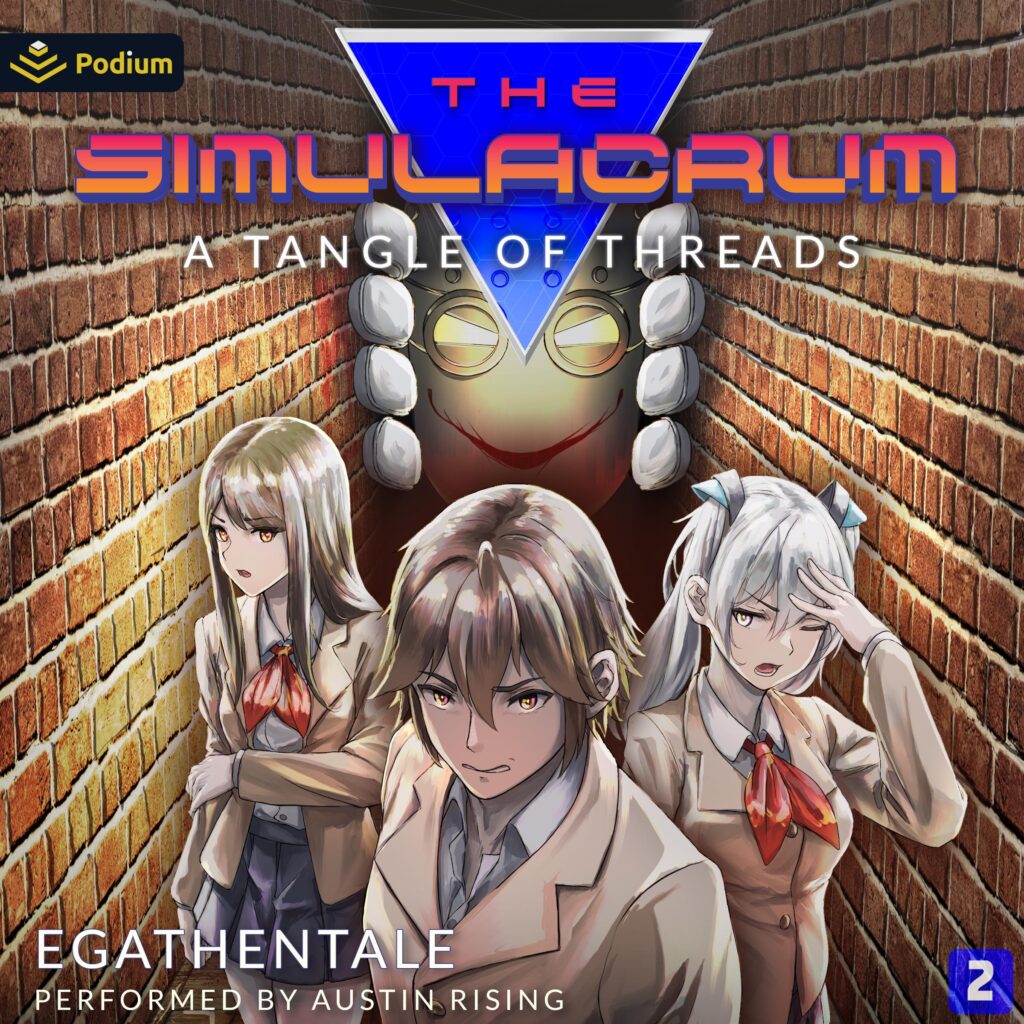 Trapped in an artificial-reality battle school, a genre-savvy hero is caught between two girls and four supernatural factions, in this slice-of-life fantasy.
Leonard Dunning was supposed to be the comic-relief best friend of the hero in a supernatural harem-comedy narrative. Instead, his rebellious attitude, flirtatious nature, and downright bravado have placed him in a starring role in a fantasy simulation where he possesses superhuman abilities, fights otherworldly creatures, and has won the hearts of two high school girls—Eleanor Dracis, a noble family’s princess, and Judy Sennoma, a “placeholder” character awakened by Leo’s interactions.
His antics have brought him the attention of four powerful cabals: the magical Magi, dragon-clan Draconians, angelic Celestials, and demonic Abyssals. Each of them is trying to fulfill an ancient prophecy involving Leo’s friend Josh Bernstein—the story’s would-be hero—as their chosen one. But Leo’s knowledge of the genre’s tropes, his array of out-of-context superpowers, and his loyalty to his friends have altered the narrative and made him the center of attention instead.
Now, he’s been branded Leonard Blackcloak and become entangled in several seemingly disconnected plots. And when a goofy mad scientist’s army of robots attacks Leo’s friends, it’s clear the simulation is trying to reassert control of the story with a sentai genre shift. With two girls to keep happy, the side effects of his powers wreaking havoc on his body, and numerous new enemies and allies joining the fray, Leo must uncover the identities of those in control—and what their endgame truly is.
The second volume of the hit slice-of-life romantic-comedy series—with more than two million views on Royal Road—now available on Audible and wherever ebooks are sold!